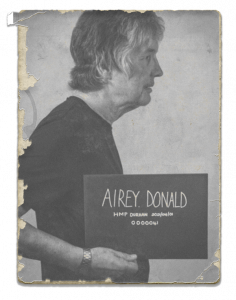 Has been a player on the rock scene for over 25 years, notching up almost 200 album credits and associations with 20 or more major bands including Cozy Powell’s Hammer, Colosseum II, Andrew Lloyd Webber, Ritchie Blackmore’s Rainbow, Ozzy Osbourne, Whitesnake, Jethro Tull and ELO.

From 1992-95, Don’s involvement in the music scene was sporadic, due to his older son’s serious illness, but since has been continually occupied recording, producing or touring with a multitude of artists including Tony Iommi, Glenn Hughes, Ten, Uli Jon Roth, Judas Priest, Silver, opera singer Mark Rattray, Gary Barden, Michael Schenker, UFO, Graham Bonnet and, last but not least, Deep Purple.

Don came to Purple’s rescue mid 2001 to help out for an injured Jon Lord, who has since retired, with Don recording the new album with Deep Purple as the band’s permanent keyboard player.

“The thought crossed my mind a few years ago ‘If Jon retired…?…. Naaaah ……. They’d never ask me’. So when he did and they did, I jumped at the chance and it exceeded my expectations from the first number I played with them, Woman from Tokyo, at the Skanderborg Festival in 2001. Touring Russia and the US last year was a highlight and reccording a new album with the band in Royaltone Studios LA, January 2003, the sort of experience I thought I’d said goobye to years ago – Long may it continue!”